Do you know how to change font style in Android KitKat? Don’t worry. We will talk all about this topic in this post.

One of the most recognizable features of the Android operating system is that it is highly customizable. You can make changes to many features on android.

As a matter of fact, if you have root access to your device, then you can also customize any system settings as well. People actually love android as you can customize it the way you want to.

For instance, you might want to change the default font of your android phone. Normally, most android phones come with the Droid Sans font by default. But we can all agree that there are more unique and beautiful fonts out there.

So you might be looking to set a new font on your Android KitKat phone. In that case, we can help you with this.

Tutorial on How to Change Font Style in Android Kitkat

It is very easy to change fonts in the latest versions of android. However, on Android KitKat or 4.4, it was a bit tricky. In most cases, you would need to root the android Kitkat device first. Only after that, the user could install new fonts on the phone via a 3rd-party app.

On the other hand, if you are lucky, then you might not need to root your phone. Because sometimes those 3rd-party apps work without any problems on some phones.

Nevertheless, we will show you the process of installing the new font on Android Kitkat whether your device is rooted or not. So here we go…

First of all, we will show a process following which you will be able to change the font on your Android KitKat phone. In this case, we will use an application named iFont. Earlier, this app was not officially available. However, nowadays, you can install the app directly from the Play Store.

Initially, this app would require a rooted device to work. However, recently, with some new updates, iFont also works with non-rooted devices.

So, whether you have a rooted or non-rooted device, you can try this method. After you have tried it, you can let us know whether it worked and was your device was rooted or not in the commend section below. Now let’s go…

Once the phone has restarted, you will see that the newly set font is the current font. There are many more features of the iFont app. For instance, you can download all of your favorite fonts inside the app. So if you need to change the font, you can do it on the go without any problem.

Also, there is a feature with which you can install your own custom fonts that are not available via the iFont app. Overall, this is a great app for font lover android users. Also, it is very easy to use.

If you didn’t like the iFont app or if that app didn’t work for your device, then you can use the HiFont app. This is also another very similar app for changing the fonts of android phones. Interestingly, it also has colored fonts.

Also, you can install your own custom font using the HiFont app as well. So, let’s learn how to use this app to change font style on Android KitKat device. But remember, it works best on rooted phones.

If you have followed the steps above, you should see that the font of your phone has changed once it restarts.

Let’s say you have a rooted phone and want to change the font of that device. How do you do that? Of course, you can use the 2 methods we have described.

However, there is another way to forcefully use a custom font instead of the system font on android. But to do that, you will need to root your phone in the first place.

Now, depending on the model of your phone, the process of rooting it would vary. So it is impossible for us to show you a particular method to root your phone that would work for you.

Because of that, we will leave the ‘rooting your phone’ up to you. Once you have rooted your phone, then you can follow the method described here.

Once the phone has restarted, you should see that the system font of your phone has changed.

Changing the font style in your phone could easily give it a fresh and attractive look. There are hundreds and thousands of fonts available out there.

So, it is straightforward to find a font that you will like. But the problem arises when you don’t know how you can change the system font on your android phone.

To tackle this problem, we have written this post with tutorials on how to change font style in Android Kitkat or Android 4.4. So, if you are using a phone with the Android KitKat software version, you can change your phone’s font by following the tutorials above. In addition, we have shared methods for both rooted and non-rooted phones. So, we hope this post will come in handy for you.

Before you go, you can share this post with others. And if you have any questions or suggestions, you can let us know in the comments below!

More Posts for You: 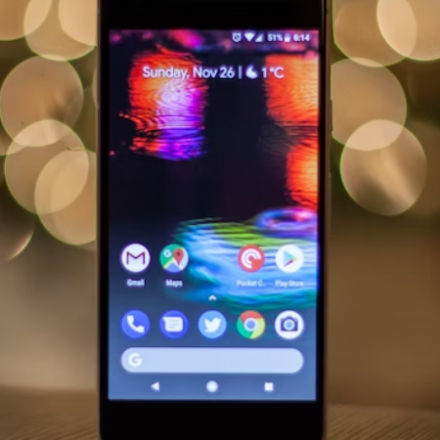