OnePlus one users now have two Lollipops to choose from, though this one will arrive via over-the-air update.
Android users the world over were treated to quite the change of pace last year when the folks from the newly formed Cyanogen Inc. and a spinoff from Oppo launched a new high-end phone with a mid-range price tag. One of the many questions to come from the launch of the OnePlus One was the availability of updates, and with the giant Material Design curve ball Google threw with Android 5.0 it was clear that even veteran software update teams were going to struggle with getting Lollipop on existing phones in a timely fashion.

The OnePlus One is a little late to the party, but Android 5.0 — in the form of Cyanogen OS 12 — is finally on its way. This update brings all of the Lollipop goodness with a few extra Cyanogen bits tossed in, and the end result is a decent step forward for all OnePlus users. 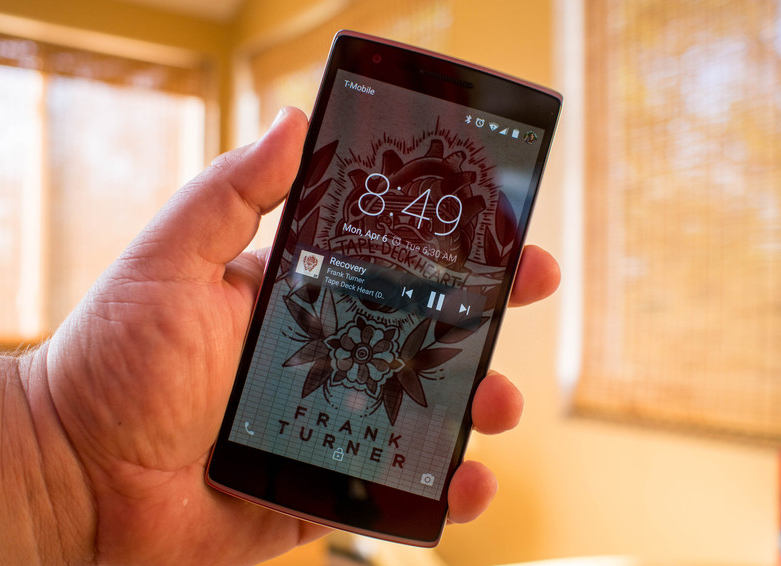 As has frequently been the case with Android 5.0 updates for most existing devices this year, the first thing you’ll notice when the OnePlus One powers up with Cyanogen OS 12 is a whole lot of Lollipop — specifically Android 5.0.2. Cyanogen did a great job shifting their existing features so they work around Lollipop, instead of trying to create some weird mix of the two feature sets. The lockscreen gives priority to Lollipop notifications without sacrificing the music playback UI, the notification shade keeps the ability to pull down on the left and right hand sides to access notifications and quick settings but does so without interrupting the Lollipop shade format, and Cyanogen’s own home screen and drawer settings are tucked away in a clever third drawer without interrupting the default Lollipop UI. It’s exactly what we’ve come to expect from Cyanogen OS — Android with some extra bits sprinkled in all over the place.

Cyanogen stuck with the default Interruptions system that Google introduced with 5.0, which means Mute is gone and None has taken its place. The volume controls from 5.0 are largely untouched, which is either a great thing or a terrible thing depending on your position on the subject. The same is true for Ambient display and Adaptive brightness, which are both new to the OnePlus One. Ambient display, while a cool feature in concept, is somewhat less impressive on an IPS LCD panel that has to fire up the entire display to show the greyscale lockscreen, especially when compared to the Amoled version of this feature on the Nexus 6. Meanwhile, Adaptive brightness is a hugely positive step above the auto brightness controls that existed in Cyanogen OS 12, and even includes a Sunlight enhancement option that cranks the LED backlight up well above its normal max brightness to compete with the sun.

While the layout is perfectly comfortable for any who have already used Lollipop, and the general look and feel is incredibly smooth, there are a few features that don’t behave as expected. Gesture controls, for example, don’t always play nice with Google’s solutions to the same problem. Drawing a “V” on the screen to activate the flashlight works great, but it doesn’t play nice with the Lollipop flashlight controls. The gesture control doesn’t activate the flashlight controls in the notification tray like it did in Cyanogen OS 11S as a result, because there are two different Flashlight systems on the phone that aren’t able to talk to one another. It’s a relatively small issue, right until you’re in the middle of a crowd of people with your phone out and you’re the only one that doesn’t know the flashlight is on because you’ve accidentally triggered the gesture in your pocket and there’s no notification to indicate the feature is on.

Themes are obviously going to be a big thing for Android OEMs of all shapes and sizes, and the folks at Cyanogen have taken their initial offering in this space and improved them dramatically. The Cyanogen Themes app has been heavily updated, making it easy to browse or shop for themes and only apply the parts that you want to apply. The app now also includes a per-app theme system, which floats a small paintbrush over everything and allows you to go from app to app and apply whatever theme you choose. While I’ve only used this new system for about a day now, so far there have been no issues. It’s a great way to put a quick dark theme on a single app, and the ability to mix and match across the apps in your drawer is just plain cool. When you’re done theming an app, the paintbrush just gets dragged down to the “X” at the bottom of the screen. 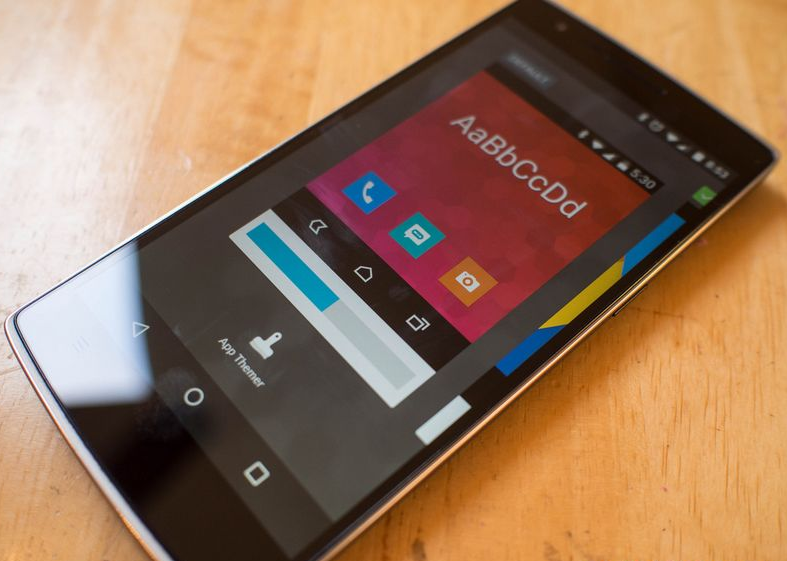 As this build has only been on this OnePlus One for two days, it’s too early to say whether or not there’s been any positive or negative changes to battery life. Other than that, Cyanogen 12 feels great. It’s smooth like Lollipop is supposed to be, fast like Lollipop is supposed to be, and after a brief conversation with Steve Kondik on this update it’s clear the folks at Cyanogen are just scratching the surface with what’s possible in this next generation of Android experiences. Cyanogen OS 12 is more than likely just a stepping stone to a more impactful 12.1S release, filled with the results of the Cyanogen team figuring out where new features and optimizations can go in this new UI. OnePlus owners — and it was made clear this update is a global update for all OnePlus owners, including India — can enjoy Lollipop on their phones via an OTA update later this week.