Have you ever stared at your android smartphone and thought to yourself:

“How the heck did I buy this one?”. Admittedly, going for the cheapest Android phones that cost less than $300 was a colossal mistake not too long ago. If you paid any amount below this you basically set yourself up for a heartbreak, one that would take you long to recover from.

That’s because the cheapest Android phones were barely usable for their Stone Age software, subpar performance and terrible display. The average minimalist would not answer their phone in public.

But times have changed and Android smartphones have come a long way. So attractive are the features Android brings you today that even Blackberry couldn’t wait any longer to join in on the feast. If you haven’t read about Blackberry’s super sexy Android smartphone that they’re currently working to release then read about it here: The New Blackberry Android Phone – The Priv.

Granted, I would be lying if I told you for instance that the Samsung Galaxy S6 Edge Plus pack no added advantage over a regular Android smartphone that goes for less than half the amount. Truthfully you’re getting more functions, a faster and sleeker device maybe, but do you really need all those? And are you sure inexpensive smartphones do not pack those features? And what if you want to get your teenage kid a reliable smartphone that you can reach them on and avoid the usual “…but mum my batteries died and i couldn’t call you back…”?

Cheaper Android smartphones are cost effective alright, but you’re getting a lot more. Some can cost as little as $110, they’re not locked, they’re without carrier commitments and with no contract.

An unlocked smartphone allows you to subscribe to any service provider anywhere you find yourself in the world and probably at a far much cheaper price.

So why go for an expensive phone when you can get a cheaper one that serves you just as good?

It takes time to dig around for the best deals for Android phones and frankly, most are usually reserved for the guy at your local retail store who buys them in bulk and sells them to you at roof top prices.

But since you’re reading this, you’re in luck today. I got my hands dirty for a good amount of time to find you the best deals for Android smartphones so you won’t have to do the dirty work yourself.

Here are 7 pocket-friendly Android phones that promise to spare your dignity.

First in the list of the cheapest Android phones is the OnePlus One. Previously, to buy the OnePlus One you had to have been invited. It was introduced by startup based in China. The phone is now available for purchase by anyone who wants one. It has a powerful software that only premium range phones can run.

With its lightweight body and sleek design, Huawei packs a whole lot of bang for $250 bucks. 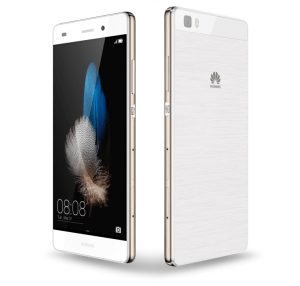 Beside its eye catching design, the P8 Lite comes with 16GB of internal storage along with a microSD slot and a 5inch 720p display. Its performance is solid for a phone this cheap and although its screen may not be at par with the likes of the Samsung GS6 you’re getting more than your money’s worth by purchasing this phone.

Comes with a variation of either black or white and also interchangeable multicolored bands that adds a splash of colors onto its body.

The phone has a decent 4.5 inch 540 x 960 display and 8GB internal storage and a microSD slot which make it perfectly usable.

The software stands out and is better than most phones that cost four or five times its cost.

If you want something that looks a little more pristine than the Moto E then you won’t mind adding a few dollars and grab yourself the Moto G which packs a 5inch 720 display. The Moto G also has dual front facing stereo speakers flanking the screen resulting in a more pleasant video watching and music streaming.

It comes with 8GB internal memory with a microSD slot.

The P7000 literally performs as good as most high end mobile devices that cost 3 times its price. With a solid 5.5inch display, a 64-bit processor and top-notch GPU, the Elephone P7000 without batting an eyelid is surely the phone you want to spend your money on. Literally should’nt be listed among the cheapest Android phones.

The phone comes with 3GB of RAM which definitely makes multitasking a lot smoother.

It’s also worth noting that Elephone has made serious attempts to distinguish itself from the miriad of plastic low-end smartphones coming out of China. And the attempts paid off.

This is another budget friendly handset with features similar to the Moto G. The phone has a nice faux leather back that make the design look and feel more attractive.

Last in our list of cheapest Android phones is the ZenFone 2. It brings a comfortable feel to the hands. It’s edges are incredibly slim and fits perfectly in your hands.

The phone is powered by a 64-bit 3.3GHz Super Quad-Core Intel Atom Z3580 and Asus brags of it being the world’s first smartphone with 4GB of dual-channel DDR3 RAM.